by Rea Terzin
Advertiser disclosure This page may contain links to our partners’ products and services, which allows us to keep our website sustainable. This means that cybercrew.uk may receive a compensation when you sign up and / or purchase a product or a service using our links. However, all opinions expressed in this article are solely ours, and this content is in no way provided or influenced by any of our partners.

3D printing technology can turn your ideas into reality. However, it is pretty challenging to find an affordable and high-quality 3D printer that will suit your needs. One printer worth considering is Anycubic i3 Mega S 3D Printer. It is one of the best and cheapest 3D printers on the market today.

So don’t miss the opportunity to read this Anycubic i3 Mega S 3D printer review that will provide you with all the necessary information about this affordable machine. It will also help you make an informed purchase decision.

About Anycubic i3 Mega S

Founded in 2015, Anycubic has become one of the most popular 3D printer brands on the market. The company is based in Shenzhen, China.

The Anycubic i3 Mega S 3D printer has a similar design to its predecessor, i3 Mega. Its sturdy frame is entirely made of metal, and its control unit is also housed in a metal casing supported by rubber legs.

When it comes to 3D printing quality, stability is critical. Thanks to its metal frame and body, this printer is very stable, greatly contributing to the consistent printing quality.  Stability is crucial for good print quality. If your 3D printer isn’t stable, you’ll experience print errors no matter how sturdy your workspace is. 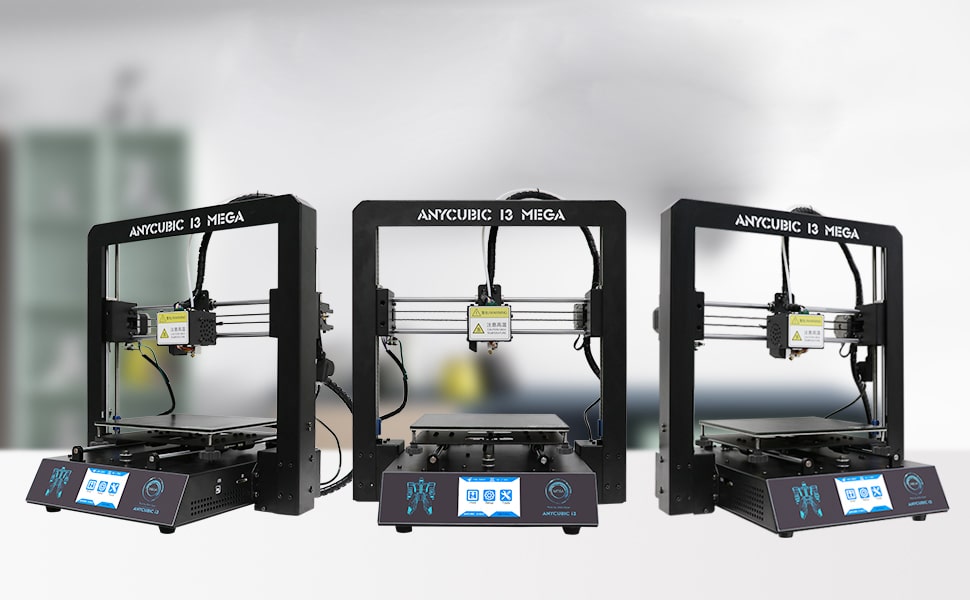 In this section, we’ll inspect the retraction speed, layer height, connectivity, materials, and user interface of the Anycubic i3 Mega S 3D Printer.

The retraction speed is the speed at which the filament is retracted through the nozzle. By default, it’s set to 60 mm/s. However, you can adjust it to anywhere between 20 to 60 mm/s. The length of the filament that will be pulled back is determined by retraction distance, and it’s configured to 5 mm by default.

The layer height affects print speed and detail. The minimum layer height is typically between 50 and 100 microns (0.05 and 0.1 mm). The Anycubic i3 Mega S has a standard layer height of 0.2 mm.

NOTE: In general, increasing layer height reduces image resolution and quality. So it is better suited for huge prints. I recommend decreasing the layer height from 0.2 mm to 0.15 mm to achieve high-quality results.

The Anycubic i3 Mega’s base is covered with ports, including a power socket, SD card slot, and a female USB connector. A USB connector comes with the printer, which is great if you wish to connect this printer to a PC.

Setting up this printer is not difficult. All you need to do is install eight screws and connect three wires to get started.

The Anycubic i3 Mega S has a user-friendly, multi-language and full-colour user interface. Moreover, it is fast and responsive.

The Anycubic i3 Mega S comes equipped with a heated glass bed. This feature helps you to prevent warping. If you experience warping, consider raising the bed temperature from 50°C to 60°C.

The auto-resume feature is excellent for preventing print failures. This feature will automatically resume the print where it left off after a power outage or some other kind of interruption.

Thanks to the double Z-axis, the levelling process is more accurate. The Z-axis features two shafts, two screw guides, and two motors. It also includes two limit switches and two calibration bolts on each side.

The printer is controlled through a sensitive and user-friendly touch screen. It is placed in the front, being slightly angled for greater convenience. Sensor responsiveness is satisfactory, meaning the finger pressure is recorded quickly and accurately.

Ultimaker’s Cura is excellent 3D printing software, supporting various file types (including STL, 3MF, and OBJ). It is suitable for both novices and experts, who will have over 200 settings to play with. The initial step to producing a high-quality print is to choose the right resolution. Resolution settings range from 300 microns in draft form to normal (200 microns) to high resolution (100 microns).

The Anycubic i3 Mega S comes partially pre-assembled, so you’ll need little time to set it up. Even beginners will be able to assemble it in an hour or less.

Follow the steps below to assemble Anycubic i3 Mega S hassle-free:

You’ve now completed the construction Anycubic i3 Mega S 3D printer. Still, there are two more things you’ll need to do — install the spool holder and feed the filament into the Bowden tube.

To set up the spool holder, take the following steps:

Once you’ve done that, feed the filament into the Anycubic i3 Mega 3D printer. To do that, follow these steps:

Next, you’ll have to level the bed. Follow these steps:

When it comes to the print quality of the Anycubic i3 Mega S, it is pretty decent. The layer quality is especially good with the regular PLA. 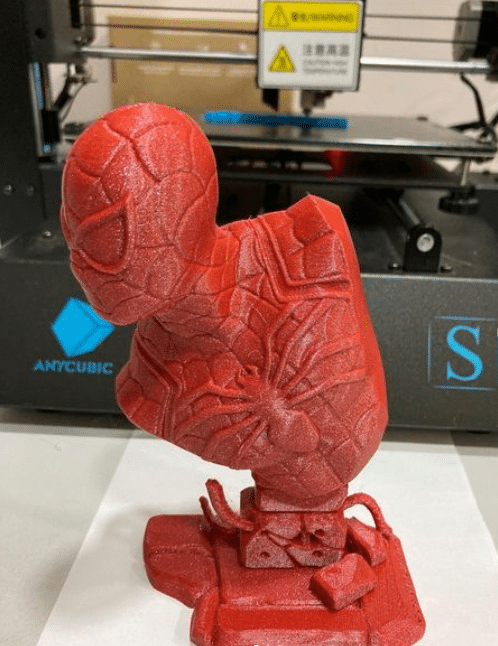 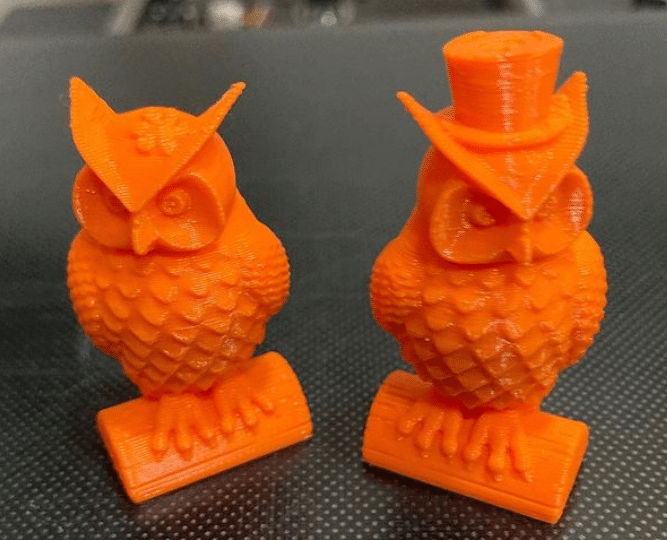 If you have any questions regarding the Anycubic i3 Mega S 3D printer, visit the Support section on Anycubic’s official website. There, you will find a contact form you can fill in and leave a message to the Order Customer Support Team. Another way to contact them is to send them an email at official@anycubic.com.

In addition, if you are experiencing any technical problems, you can contact Anycubic’s after-sale department here.

Overall, both of these printers are incredibly affordable, enabling high-quality prints.

Additionally, Artillery Sidewinder X1 will appeal to designers and tinkerers because of its large 300 x 300 x 400 mm build capacity and elegant design. The Anycubic i3 Mega S has a lot smaller build volume that measures 210 x 210 x 205 mm.

Overall, both 3D printers fall into the category of the best FDM machines, so you won’t go wrong choosing any of them.

The overall rating of the Anycubic i3 Mega S is 4.1 out of 5 stars on Amazon. More than half of the people who have reviewed it (61%) have given it five stars.

Many users noted that the printer’s price is budget-friendly. They were also incredibly pleased with its appearance. However, according to some users, this printer is a little noisy.

You can check out some customer reviews below: 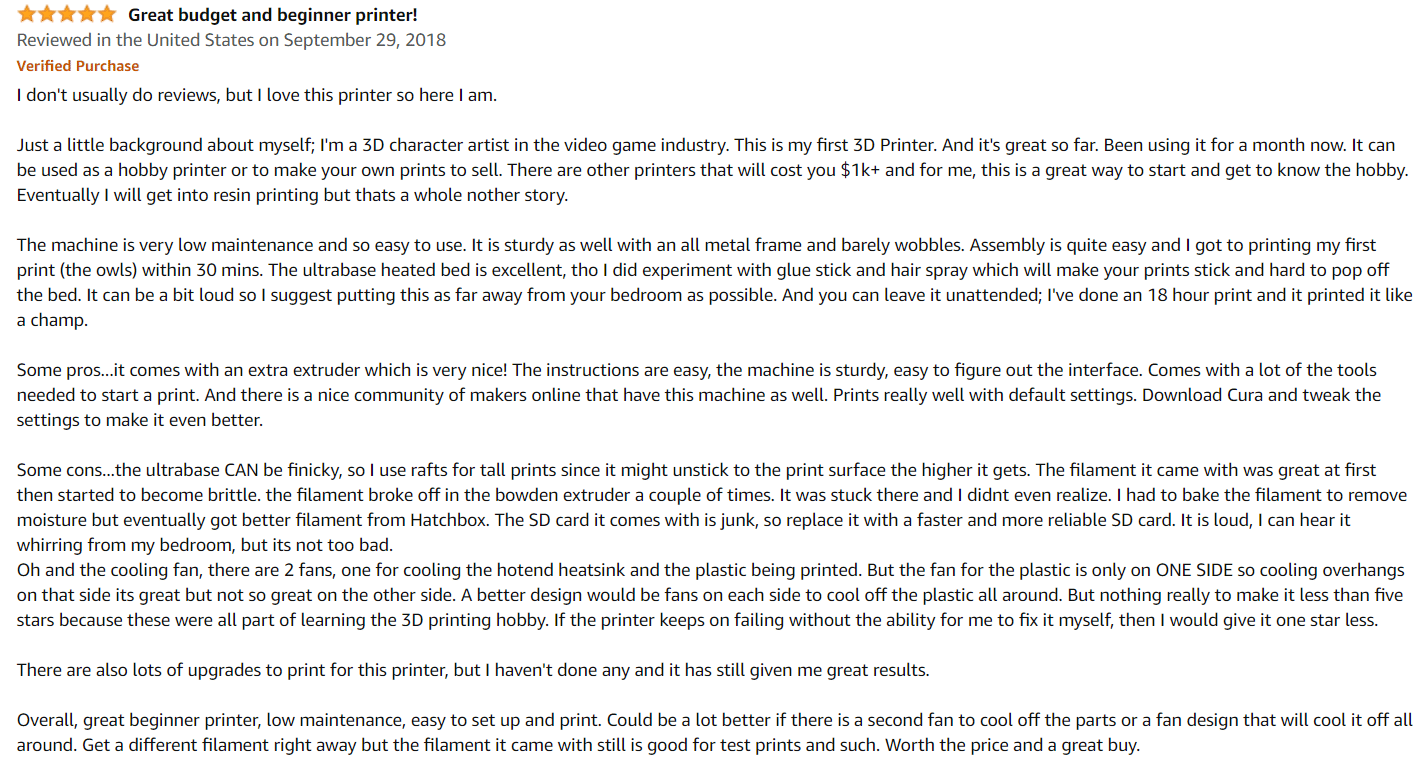 The Anycubic i3 Mega is a great printer for 3D printing beginners or enthusiasts interested in creating high-end models. The machine is well-built and easy to use, supporting several filament types. A large build area is one of its best features.

Most importantly, this 3D printer provides good print quality at an affordable price. Lastly, I hope this Anycubic i3 Mega S 3D review has helped you decide whether this printer is the right choice for you.

Is Anycubic i3 Mega S good?

Yes, the Anycubic i3 Mega S is actually one of the best FDM 3D printers. It offers incredible print quality, supporting a wide range of materials. Moreover, it is easy to use and set up.

What software does the Anycubic i3 Mega S use?

Anycubic i3 Mega S uses Cura software, which is one of the best slicing apps out there. Cura is a free and easy-to-use slicing app, excellent for 3D printing beginners and experts alike.

How big is the Anycubic i3 Mega S?