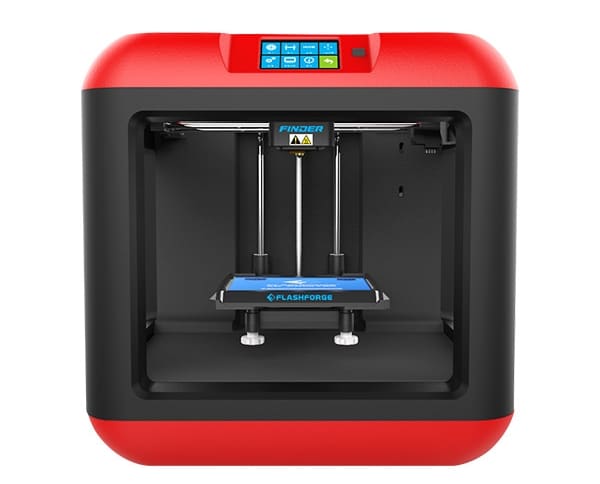 by Rea Terzin
Advertiser disclosure This page may contain links to our partners’ products and services, which allows us to keep our website sustainable. This means that cybercrew.uk may receive a compensation when you sign up and / or purchase a product or a service using our links. However, all opinions expressed in this article are solely ours, and this content is in no way provided or influenced by any of our partners.

Are you yet to find your favourite 3D printer? If this is your goal, I can help you accomplish it in no time. Flashforge Finder is an affordable 3D printer that gets mostly positive customer feedback. It boasts excellent print quality, a straightforward touch screen, and a removable build plate, among other useful features.

In this Flashforge Finder Review, I will discuss this 3D printer in detail and explain its pros and cons. Here’s what I’ll be going through:

The Flashforge Corporation was founded in China in 2011. It quickly became one of the leading providers of 3D printing technology, with products used in both home and commercial settings. In addition to being popular locally, the brand is well-respected worldwide.

The Flashforge Finder 3D Printer was released in 2016. It is a beginner-friendly printer, perfect for those new to the world of 3D printing.

One of the standout features of the Finder is its touchscreen display, which makes it easy to navigate the menus and set up your prints. In addition, using the printer’s removable build plate makes removing prints much more manageable than with other printers.

The Flashforge Finder has a direct drive extruder that ensures that the filament is pushed directly into the printer’s hot end. This helps to reduce problems with clogging. What’s more, you won’t have to worry about the filament running out in the middle of a print because the Finder features a filament runout sensor.

This 3D printer is compatible with PLA, wood, and TPU 95A filaments. PLA filament is made from plant-based materials, so it is environmentally friendly and biodegradable. It is also relatively strong and durable.

The Flashforge Finder filament diameter is 1.75 mm, which is a standard diameter for 3D printers. This means you can use filament from other brands if needed.

One of the most important aspects of any 3D printer is print quality. Levelling the print bed is a crucial step for ensuring good print quality. The bed needs to be perfectly flat for the prints to adhere to it properly.

The FlashForge Finder features a manual bed levelling system that makes it easy to level the bed. You can do it by adjusting a four screw mechanism with a screwdriver. The screws are located on the corners of the build plate. It is essential to keep adjusting the screws until the bed is perfectly levelled. You can use a levelling gauge or a piece of paper to measure levelness.

You can easily connect the Flashforge Finder to Wi-Fi by following the instructions in the manual. Once the printer is connected, you can use the touch screen to navigate the menu and select the files you want to print. If a Wi-Fi network is out of range, you can connect the printer to a computer using a USB cable.

The Flashforge Finder is relatively easy to set up, and most users should be able to have it up and running in just a few minutes. In addition, the straightforward touch screen display makes it easy to set up your prints.

The next step is to install the software you can download from the Flashforge website. After you install it, connect the printer to your computer using a USB cable. Once the printer is connected, you can start printing. 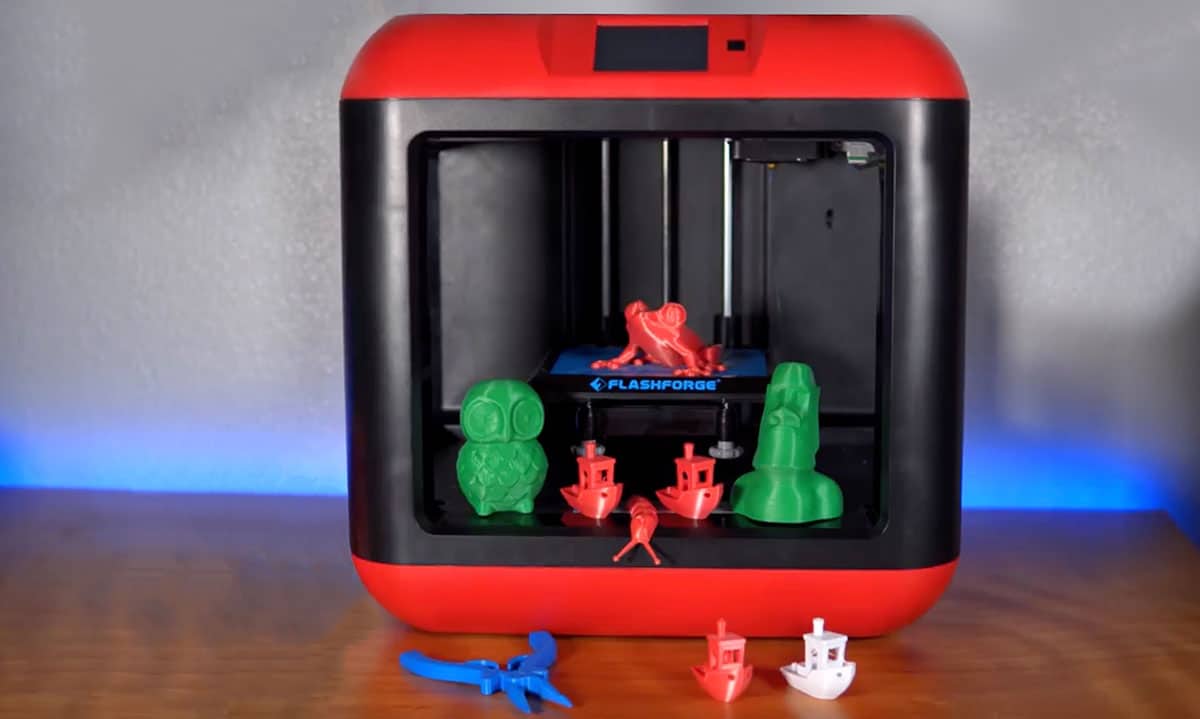 The print quality of the Flashforge Finder is good, but it isn’t as good as some of the more expensive printers on the market. The default resolution of this 3D printer is 200 microns, but you can set it anywhere from 100 to 500 microns.

The prints are smooth and consistent, and there aren’t any significant problems with warping or curling. However, some users have reported that the Finder struggles with printing small details and thin lines.

The Flashforge Finder’s software is called FlashPrint, and you can download it from the Flashforge website. The software is relatively easy to use and allows the Finder to perform five functions on an object: view, move, rotate, scale and cut (a handy feature considering the low build volume of this printer). 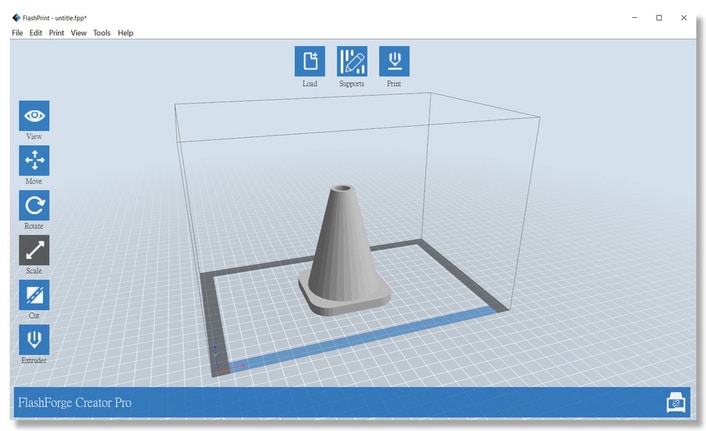 The Flashforge software is excellent for beginners, allowing them to create good prints. Moreover, FlashPrint is easier to use than Cura. However, it is not as flexible — which probably won’t be a problem if you are a beginner. Still, it could prevent you from attempting more ambitious prints. 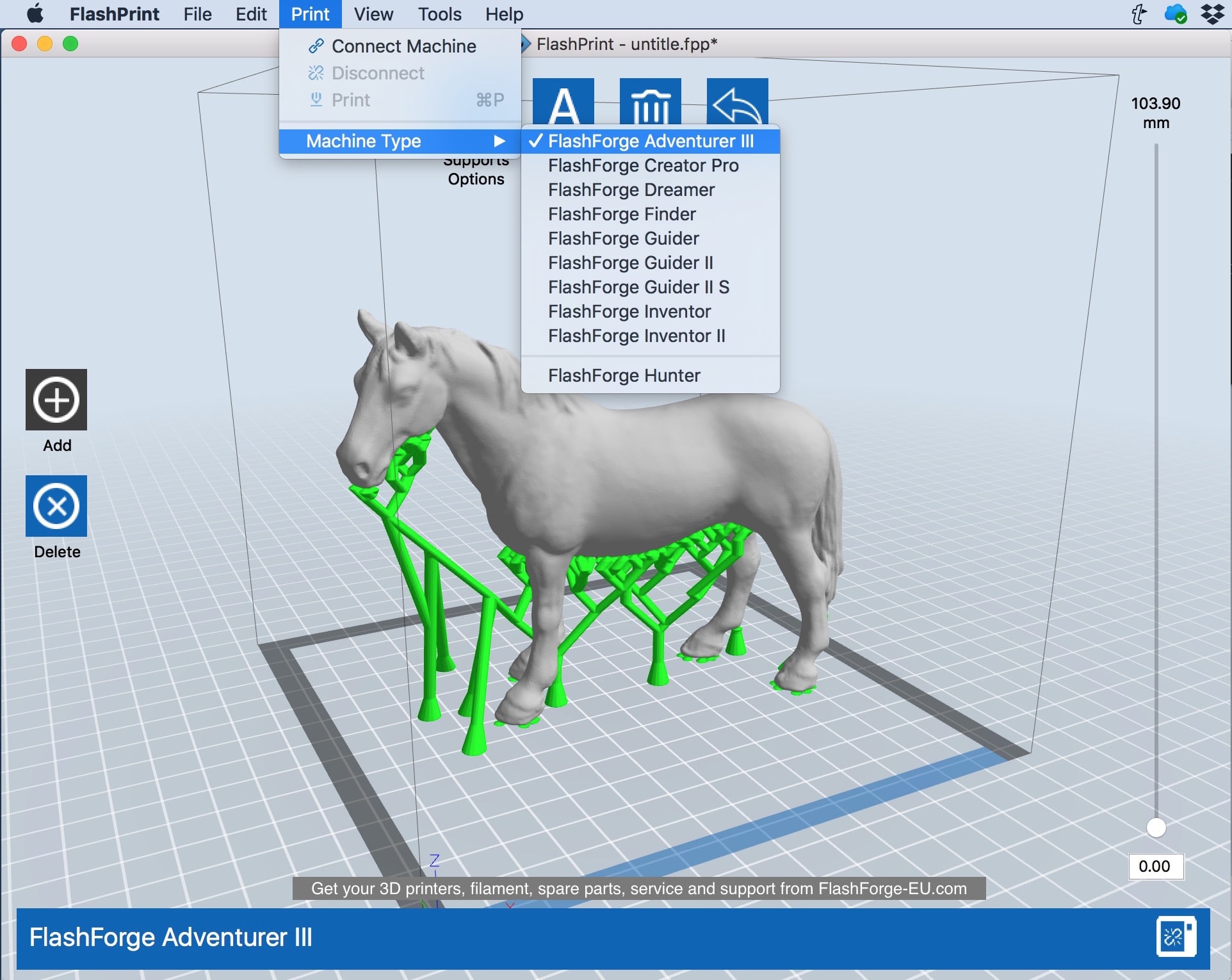 The Flashforge Finder is a good printer for people new to the world of 3D printing. It’s easy to set up and use, with a straightforward touch screen display that makes navigating the menus a breeze.

The print quality is also very good for a printer in this category, with a resolution of 100 microns. The Flashforge Adventurer 3 is a better 3D printer for more experienced users. It has a higher resolution than the Finder and is compatible with a broader range of filaments.

However, the most important difference between the Flashforge Finder and Nova3D Bene4 Mono is that the first one is a filament printer, while the second one is a resin printer.

Flashforge Finder has gotten mostly positive feedback from its users. They love its easy-to-use software, the touch screen display, and the high print quality. Additionally, customers find this 3D printer very reliable and say it is a superb machine for people new to 3D printing.

Hopefully, this Flashforge Finder Review gave you a better understanding of the pros and cons of this 3D printer. Overall, the Flashforge Finder is an excellent 3D printer that gets primarily positive customer feedback. It is reliable, easy to use, and produces high-quality 3D prints. If you’re new to the world of 3D printing or are looking for your first 3D printer, this would be an excellent option.

Is Flashforge Finder compatible with Slic3er?

Is Flashforge any good?

The Flashforge Finder is an affordable 3D printer with easy-to-use software, high print quality, and a long life expectancy. It is an excellent choice for both experienced and inexperienced users.

What software does the Flashforge Finder use?

The Flashforge Finder uses FlashPrint software. It is easy to operate, enabling the production of high-quality prints.

Can I use Cura with Flashforge Finder?

Yes, you can use Cura with Flashforge Finder. Using Cura will give you access to a wide range of features not available when using the FlashPrint software.