by Jelena Popovic
Advertiser disclosure This page may contain links to our partners’ products and services, which allows us to keep our website sustainable. This means that cybercrew.uk may receive a compensation when you sign up and / or purchase a product or a service using our links. However, all opinions expressed in this article are solely ours, and this content is in no way provided or influenced by any of our partners.

With 3D printing reaching the mainstream, users can take part in this trend and find a good quality 3D printer for a reasonable price. On top of that, 3D printing technology has evolved since its inception, leaving us with different types of printers to experiment with

Generally, many 3D printer enthusiasts favour resin printing because they can produce more robust and neater objects. But, even if you decide to buy an SLA printer, you still have to choose between dozens of options available on the market.

So, if you’re struggling to make a decision or find an upgrade to your current 3D printing device, I suggest you read my Elegoo Mars 2 review. In this article, I’ll explain why this model is among my top choices for work and home use and how to use it to your advantage. Without further ado, let’s talk about Elegoo Mars 2!

This review covers the following:

Chris Hong launched Elegoo in 2015 to provide affordable, practical, and high-quality kits of electronic and structural tools to all technology lovers out there. So far, the company has delivered several 3D printer models, and we can expect a new product line anytime soon.

Released in 2020, Mars 2 is one of Elegoo’s best inventions. It’s a popular choice for hobbyists and 3D printing startups, mainly due to its affordability and ease of use.

Design-wise, Mars 2 is very similar to its predecessor. They both feature an aluminium body and a UV cover that perfectly fits the build plate. However, if you’ve been using the Elegoo Mars, it won’t take you long to notice why the upgraded version of this model deserves all the praise and recognition.

On top of that, built-in active carbon can absorb resin fumes and provide a more pleasant printing experience. So, if you want to minimise the smells from your printing room, Elegoo Mars 2 is the printer you need.

In this section of my Elegoo Mars 2 review, you’ll find information about the printer’s general specifications. That includes printer dimensions, speed, connectivity, and other useful information regarding Elegoo Mars 2’s performance.

A good print speed ranges from 40mm/h to 90mm/h, with 50mm/h being the recommended. Elegoo Mars 2 can reach a print speed of 50mm/h, which is an ideal speed if you value quality. Printing at this speed will produce better results and minimise the risk of faulty prints, but if you want to play it safe, you can lower the speed to 30mm/h.

Is that a good thing?

Well, it depends. While you most certainly won’t be able to scale up the size of your prints without making drastic changes to the design, some may argue that printers with smaller build plates can spark up your creativity and help you improve your CAD modelling skills.

Unfortunately, the Elegoo Mars 2 isn’t a wireless-capable printer. However, it features a USB port, allowing you to use a USB flash drive to import printable files.

One of the main advantages of the Elegoo Mars 2 printer is its user-friendly interface. The printer features a monochrome 15.44cm LCD screen, resulting in lower energy consumption. Additionally, Elegoo Mars 2 supports 12 languages, including English, Japanese, German, Russian, Dutch, and Chinese.

The table below features other useful specifications you might want to check out before purchasing Elegoo Mars 2:

Elegoo Mars 2 is one of the best machines for budget resin 3D printing on the market, and for a good reason. So, let’s discuss some of the previously mentioned features.

While the Elegoo Mars features a metal resin tank, the company decided to use a plastic alternative for the second model. Some argue that this decision decreased the production cost, which is good news for the Elegoo company.

Luckily, a plastic tank doesn’t affect the printer’s performance. However, plastic is more challenging to clean than metal, so you might want to be more thorough when cleaning the printer.

ChiTuBox is a 3D printing processing software. The company behind the program offers support for numerous 3D printers, including Elegoo’s Mars 2.

ChiTuBox is one of the most potent and popular slicers on the market. Although it offers robust features, it’s incredibly easy to tackle, even if you’re a beginner. ChiTuBox is Elegoo’s most trusted partner, and although the company uses a third party slicer, this add-on only works in your favour.

Another great thing about ChiToBox slicer software is that it supports a variety of export formats. That includes all native file formats on printers ChiTuBox provides software for, as well as .STL and even its own formats such as .chitubox.

If you’re interested in purchasing Elegoo Mars 2, I recommend visiting the Elegoo official website and placing an order directly from the company. However, if you want to find better deals, you can check out Amazon, Aliexpress or eBay.

When purchasing the product from the official Elegoo website, you need to set aside $190 (roughly £150). Still, some sellers on Amazon offer Mars 2 for £200 or even more, so if you didn’t find it for a lower price, it would be best to order directly from Elegoo.

If you’ve owned 3D printers in the past, you know that most of them have to be assembled upon arrival at your doorstep. However, that isn’t the case with Elegoo Mars 2. Instead, you’ll get a fully-built 3D printer, so you won’t have to spend hours learning how to set up your new device.

Of course, you will have to connect and adjust the build plate to your new printer before using it. Still, one could call it an easy setup, as it requires minimum effort on your part.

I recommend cleaning and lubricating your 3D printer before use. Although the printer is new, a gentle scrub won’t take too much of your time, but it will remove all hidden dust particles that often find their way into the manufacturer’s shipping box.

It will take you a few minutes to unpack and assemble the model. You’ll also find a user manual and other goodies in the box, and it would be best to read it before turning on your printer. That way, you’ll know how to handle the machine and avoid some common mistakes.

It’s worth noting that a complimentary resin bottle isn’t included in the package. So, you should purchase a few bottles separately if you want to start printing as soon as your printer arrives.

I mentioned earlier that Elegoo Mars 2 doesn’t feature a large build plate. This isn’t necessarily bad, mainly because the printer is designed for smaller models with greater detail.

So, if you’re looking for a printer that can produce high-quality, detailed prints such as figurines, tools, and other miniature objects, you won’t find a better budget-friendly printer than Mars 2.

On top of that, you can always print objects separately and glue them together after curing. However, if you don’t want to do all that extra work, I suggest opting for a printer with a larger build plate.

But, even though the Mars 2 doesn’t feature a large build plate, the quality of prints is exceptional. The printer can produce fine prints with a smooth finish, regardless of your object’s complexity. Here are some cool things to 3D print with Mars 2.

Elegoo Mars 2 is one of the best printers you’ll find for such a low price. However, let’s compare it to some similar alternatives to give you a better idea of which one deserves to go directly to your online shopping cart.

Additionally, both printers feature plastic resin vats and essentially the same XY resolution. One of the possible drawbacks of Anycubic Proton Mono is that it includes a pre-assembled FEP, a feature most users don’t favour.

Elegoo Mars 2 Pro is a slightly advanced version of its predecessor. Its only advantage over Elegoo Mars 2 Mono is that it comes with extra build height and a layer thickness of 0.01-0.2mm.

Excellent customer service is another incentive to purchase from Elegoo. If you notice any technical issues with the printer or want to compare products and learn what they’re best for, a quick chat with one of the customer service representatives will resolve all your queries.

You can contact Elegoo customer support via phone, live chat, or mail. However, keep in mind that you won’t be able to reach them over the weekend.

The Elegoo customer support team is helpful and knowledgeable enough to guide you through product features and functionalities. Additionally, they’re quick to respond, so you can expect a response in the shortest time frame possible.

Saying that customers love the Elegoo Mars 2 3D printer is an understatement. The printer has a 4.7/5 star review on Amazon, and it’s usually praised not only by Amazon shoppers but also by other reviewers and YouTubers. 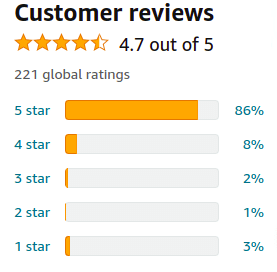 Elegoo Mars 2 user reviews show the printer is easy to set up and handle, even for those new to printing with resin. However, one of the downsides is the size of the build plate, but I could argue that you should get familiar with general specifications before purchasing a printer. That way, you’ll know what you’re paying for, and you won’t be disappointed when the printer arrives.

I hope this Elegoo Mars 2 review has shown you the good and the bad of using this printer. Elegoo Mars 2 is a cheap resin 3D printer capable of producing detailed prints, and it undoubtedly deserves more recognition than some of its competitors.

Generally, if you don’t mind the size of the build plate, Elegoo Mars 2 is a printer worth having in your arsenal. Still, if you’re looking for a more advanced model, you could always go for the Elegoo Mars 2 Pro. However, I wouldn’t pay an additional £100 for a slightly improved printer.

Is Elegoo Mars 2 worth it?

Yes, Elegoo Mars 2 is undoubtedly worth the money. It can be a useful machine if you love adding details to your print, and its above-average printing speed will save you time and money.

What software does Elegoo Mars 2 use?

Elegoo Mars 2 uses the ChiTuBox slicer. The program is easy to use, and it will help you prepare your design for printing in no time. In addition, ChiTuBox is a reliable and widely-known software, so if you face any issues, you can find numerous tutorials online to help you get started.

What files does Elegoo Mars 2 use?

STL is one of the most common file formats used in 3D printing. Elegoo Mars 2 supports STL files, and more importantly, it can execute slicing faster than Elegoo Mars.